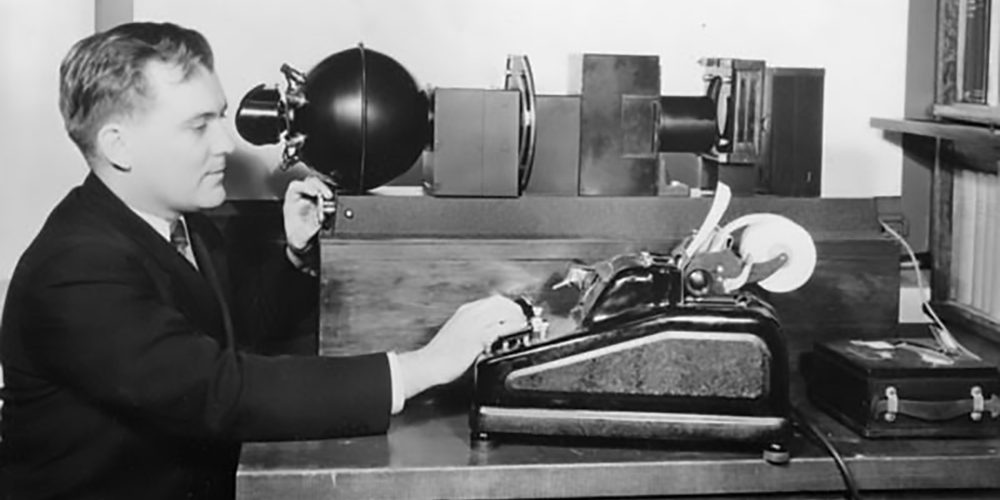 David MacAdam was a famous American physicist who made a very important contribution to the development and research in the field of colorimetry. One of his most important researches concerns the colour mixing perceived by the human eye. Given 25 “target” colors, observer “testers” tried to mark on a special graph the areas considered to be the points of exact chromatic correspondence with these colors. Each “error” was marked on the chart. All these bad interpretations went to form the different ellipses that today we see represented in the famous “MacAdam chart” and demonstrated how there is a precise gradual trend in the perceptions of different color temperatures by the human eye.

What does MacAdam’s ellipse tell us about LEDs?

Applied to the world of lighting, its diagram allows us to precisely analyse the colour deviations of diodes, and thus also indirectly tells us about their construction goodness. As a result of production tolerances, individual batches of LEDs can be susceptible to differences in colour temperature (K°) and luminosity (lm), which in the worst case can lead to significant differences that are perceptible to the human eye.

The ellipses in the above chart tell us that when it comes to colours, the human eye cannot perceive any chromatic difference if they fall within a certain ellipse. This zone is identified as 1SDCM (Standard Deviation Colour Matching). This is now the official unit for measuring colour homogeneity and is defined by the ANSI C78.377A standard. In order to be able to describe a larger colour area, the radius of the ellipse is doubled, tripled, etc. in this way we obtain an ellipse 2SDCM, 3SDCM… with the consequent perceptual variations as shown in the table.

As we said before, it is inevitable that there are small variations in the temperatures and brightness of the LEDs, the only thing possible to offer a quality product is to use a process called binning where through the use of the diagram of D.M. the various diodes are divided by equal K° and lm.

Even today, almost a century later, the work of MacAdam allows us to precisely define the quality and color rendering of our LEDs to provide our customers with a perfect light for their every need.

Stimulating and safe lighting environments for every task
23 February 2022

We illuminate your productivity
23 February 2022
Go to Top